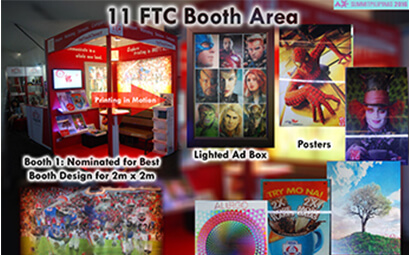 PRINTING MOTION AT THE AD SUMMIT 2016

In support of the event’s theme, Come Out and Play, 11 FTC softly launched its offer of lenticular printing tagged as printing motion.  The entire 2m x 2m booth was filled with different executions of lenticular printing from a tactical bin header, posters to a 27 in x 37 in lighted ad box and a 46.5 in  x 66.5 in wall mural.  The featured lenticular animations varied from a 3D view to a flip (changing from 1 image to another) animation, rotate (as in a turning wheel) and morph (similar with flip but with a distortion effect).  Among the other animations which were not showcased but equally interesting were opacity, zoom and motion.

Lenticular printing is a technology in which lenticular lenses (a technology that is also used for 3D  displays) are used to produce printed  images with an illusion of depth, or the ability to change or move as the image is viewed from different angles. (Wikipedia)  The more common applications being those for novelty items, but a large format execution poses  a greater potential in engaging the market and influencing greater recall.

To add to the fun element of the 11 FTC little red box (booth), the popular KitKat  bench – the musical version which was a result of a good collaboration between 11 FTC and the brand  from concept to design and fabrication, was also put on display. 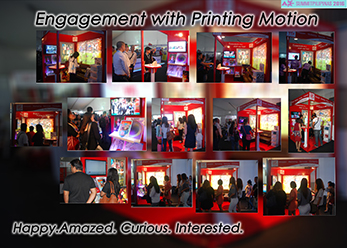 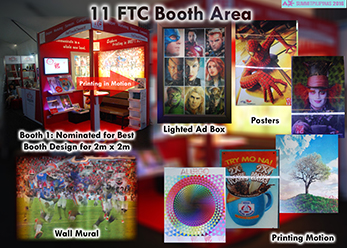 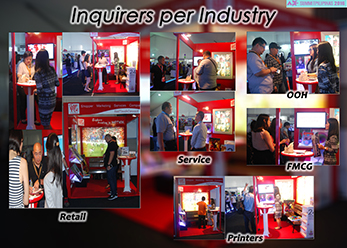